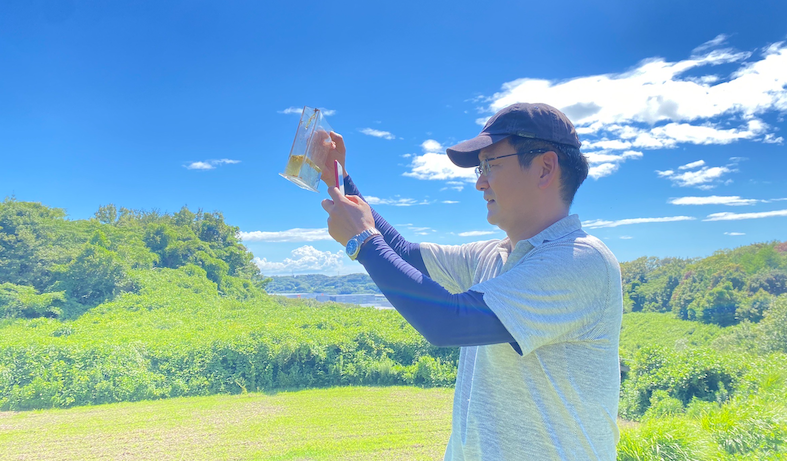 It is an honor to write my first message to you as the Second President of the eDNA Society. First, I would like to thank the former President Dr. Michio Kondoh and all the members who have contributed to the growth of the Society. I will make my best effort for the further development of the Society, and I will appreciate your support and influence.

Now four and a half years have passed since the establishment of the eDNA Society in April 2018. The society has grown under the leadership of the First President. At the end of August 2022, we have 327 regular members and 31 supporting organization members. Although the eDNA science is still in its infancy, I am very pleased to see the rapid and continuous growth of this new field, with more and more people joining in.

Over the past years, the situation surrounding eDNA studies has changed dramatically. The eDNA Society has made great efforts to standardize the eDNA monitoring method. We published ‘Environmental DNA Sampling and Experiment Manual’ (Japanese version) in 2019 and its English version in 2020. We also hosted technical seminars constantly to disseminate the method. Thanks to these efforts, eDNA analysis is now recognized as one of the most powerful and reliable biological monitoring methods. It is noteworthy that now, in Japan, the eDNA method is used by the central and local governments for their biological monitoring projects. Cooperation with citizens and companies is also progressing. The eDNA science is now at the stage of implementation in society. I believe that the eDNA Society has played a major role in such achievements. I would like to thank the many members who have contributed their efforts.

Although the eDNA science has developed rapidly until today, we must keep moving forward to prove its true value. We need to promote international collaborations since it is crucial to establish an international standard in the present era of global biodiversity declines. At the same time, we must connect academic, industry and government to facilitate the social implementation of the eDNA method. In the next few years, we will do our best to shape these directions.

On the other hand, I would like to stress the importance of scientific excitement; eDNA is interesting! Many of you would have been excited when learning about eDNA for the first time. You might have thought “It’s crazy a cup of water tells what’s there!” Some of you may have developed the habit of peering into the water of lake, river or sea. I think it is very important not to lose this kind of pure fun and excitement, and to pass it on to the next generation.

The eDNA Society is tackling a variety of challenges now. I would like to enjoy these challenges and work hard on them. I would greatly appreciate your continuous support on our activities.