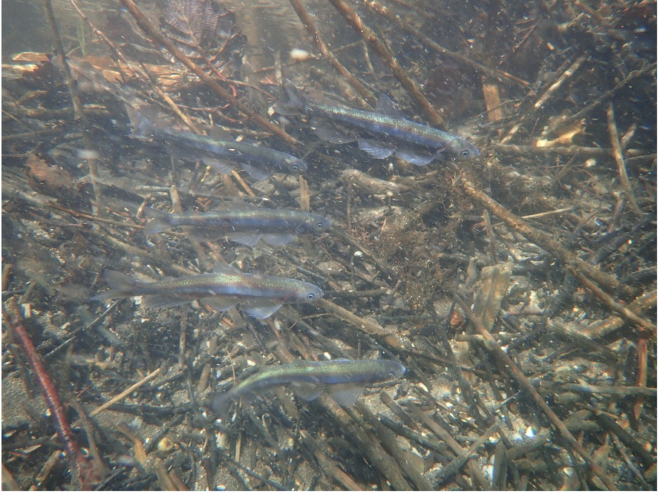 Shishamo smelt (Spirinchus lanceolatus), an endemic species in Hokkaido, is an anadromous fish that is known to migrate into rivers for a very short period in early winter. While this species has a special value for local fisheries, the catch amount has drastically declined in the last few decades. Information about their reproductive migration dynamics is limited, which prevents them from being efficiently managed as a resource. In this study, we developed a species-specific qPCR assay for S. lanceolatus, examining (a) temporal variation in eDNA concentrations compared with catch data gathered by traditional methods and (b) variability of migratory patterns among river systems. In a core river for their spawning migration, we consistently detected eDNA throughout the spawning season, and the temporal distribution of eDNA concentration was consistent with that of the number of migrating S. lanceolatus estimated by catch survey data. In addition, we were able to detect their eDNA even from rivers without any official record of their migration. The relative eDNA concentrations varied among the rivers, indicating that the population biomass differs largely among the river populations. Our study suggests that eDNA detection systems are useful for tracking migration ecology at fine spatio-temporal scales. 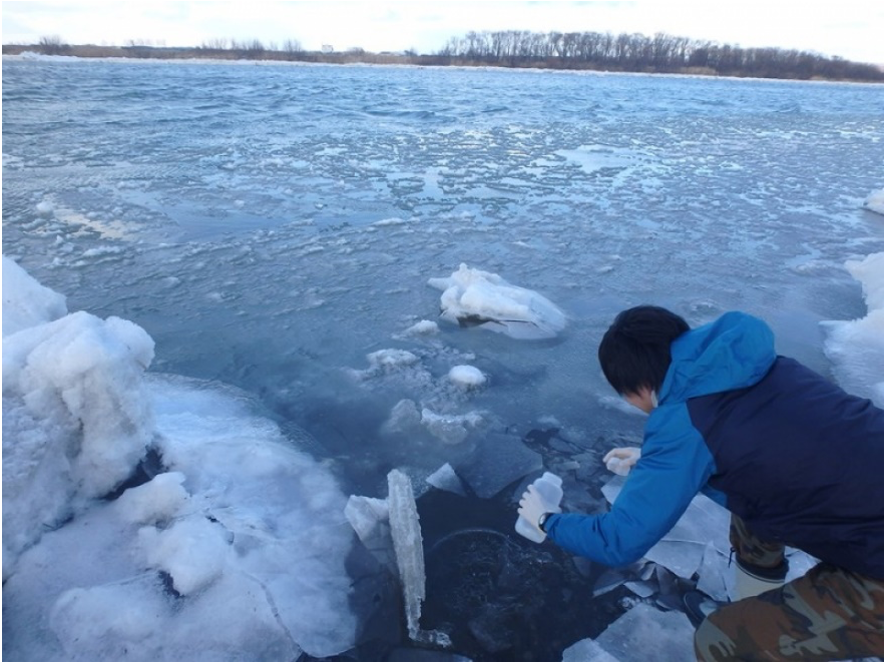 The author trying to collect water in an icy river at the end of the research period. Photo by H. Araki 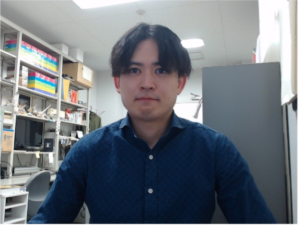